The Work of the Rat

I came across a special on Walt Disney tonight when I was flipping through channels while dog sitting. It must've been made several years ago as some of the people they interviewed are dead now. At the end, it talked about The Walt Disney Family Museum in San Francisco that Walt's daughter, Diane, created as a lasting tribute to her father. A few years back, Mom and I spent several hours there but unfortunately we were in the parking lot waiting for AAA because the Jeep's battery decided it couldn't go on living. We didn't get to tour the museum because we got there just before it was closing, and the price was too high to justify going in for only a half hour. One of these days I'll make it back there though as I'm very curious to see it.

While we were waiting for AAA, we met a very nice man who ended up driving me to the nearest auto parts store to buy another battery. He gave me his card when it was all fixed... he worked for Disney Studios. I remember his license plate was "WRK4RAT"... work for The Rat. :) I still have that card and think about him every time I think of Disney Studios now. I'm so glad there are still people in this world with a sense of chivalry and old world values, and it completely makes sense that he works for Disney.

Walt Disney really was an amazing man. He accomplished such an unfathomable amount in his lifetime – and so much of his work has touched and changed SO many others' lives in a positive way. How does one get to that level of greatness?

In the documentary they talked about Mary Poppins and how Walt went in person to England, to the lady that wrote the original story, and charmed her into letting him make the movie. The author sounded like an earlier version of JK Rowling. I've thought many times about how influential that movie was in my thinking in different ways at different ages. When I was little, I saw it more from the two kids' point of view and I remember wishing my babysitters were more like Mary. Ironically, the best babysitter I ever had was, in fact, named Mary and she's the one that taught me how to make chocolate chip cookies. (Hmmm. I really owe her a letter! We still keep in touch!) I remember distinctly that the reason I started keeping my room clean was because of Mary Poppins' view on "a place for everything and everything in its place. Spit spot!" And when I made keeping things tidy more like a game, I never minded cleaning stuff up again. ("In every job that must be done, there is an element of fun... find the fun and snap! the job's a game.") It's probably the reason I've grown into such an organized person. At another level, the mixture of animation and live action was a relatively new concept in those days, and it only fueled my imagination for things that are not commonly seen in our dimension. As an adult, I could see the story that you miss as a kid... how Mary Poppins pulls a family together and teaches them all mindfulness in different ways. And that when the wind changes, you must move on. Every time I watch that movie I get something more from it. That's really the truth for many of the original Disney movies.

Of course they talked about the theme parks as well. Both parks are yet another one of those projects that when you look at them, you wonder how he could possibly accomplish all that in one lifetime. Technically, he didn't because Epcot and Disney World weren't finished until after he was gone, but the ideas were his and were well underway when he bowed out. I wish everyone that walked through the gates of Disneyland or Disney World could be hit with a spell that would give them the ability to perceive the principles behind those parks - all the thinking and planning that went into them, and Walt's intention to build places where families could enjoy life together. I know the media and Hollywood makes the 1950-60s out to be all sunshine and rainbows and unicorns when in truth it wasn't, but it would be so nice if people would go back to being respectful and courteous like what's portrayed, with high ideals and good manners, and goals and dreams. The only man I can think of that would fit a similar bill for Generation X (albeit in a less-gentle way) is Steve Jobs. Generation Y, well... we won't even go there.

When you look at those old films from that era, it seemed like such a lighter time. We haven't even realized how much darkness has crept into our world with money and corporations and lawyers. Talk about a spell from a villain! What's funny is we already know what will break the spell too because Walt told us a thousand times... true love breaks any negative spell. It doesn't have to be romantic love, just true.

I hope we all remember in time, Walt. You surely did your part by leaving us all the reminders you could think of. I wish I could thank you in person. 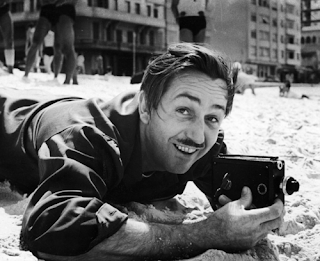 Thought I would share some of the random things I post on my Facebook page here on the blog. First off, I saw this really cool storefront in University Heights (San Diego, CA area) the other day and snapped a pic as I was sitting at the light. 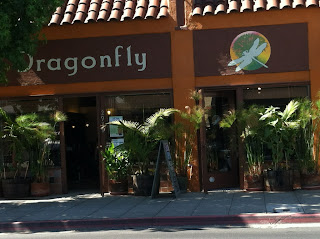 I'm sure I've mentioned it, but for our new friends: Dragonfly has been my totem and unofficial second name since I first signed up for an AOL account with a free CD and a 28.8K modem in 1998. I am even called "Dragonfly" by some (which means many people give me dragonfly things as gifts so I have them on everything from coasters to jewelry to wind chimes). This kind of connection with a skeeter-eating bug makes you notice anything with the word plastered above the door. I finally remembered to search Google to find out what they sell, and it turns out they're just a hair salon. Pffftt! Disappointed! Hair salons are a dime a dozen and I don't think I've had my hair cut professionally for over a year so I really don't have much use for them. I like the colors and clip art logo, but I was hoping they sold something awesome like vintage items or metaphysical doodads. Oh well.

I tried to "check in" on Facebook from my iPhone the other day at home and had a nice little surprise - apparently Facebook has found my mostly-non-existant Reiki practice (Share The Way) and added it to their lists as a local business! I can't even imagine what database they would've retrieved that info from as the domain name is the only thing I've ever registered and I don't advertise at all. Yet there it was... 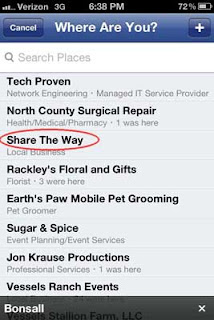 Now I just have to find out how I got there so I can be sure Scarlet Quill is also listed. Scarlet Quill is the website I'm building so I can sell my proofreading and editing services (scarletquill.com). And since I dog/house sit as well, don't think I'm not totally going to contact whomever owns Earth's Paw Mobile Pet Grooming and find out if they'll exchange referrals with me. I think I'm getting the hang of this networking thing. What a way to find local services. LOL

Last, I found out what the face of EVIL looks like. It's THIS: 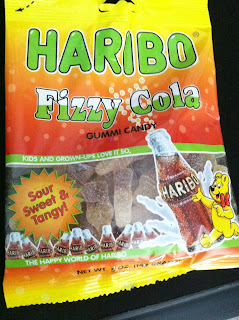 I really do eat healthy most of the time, but I'm no saint when it comes to sweets. These things pry open your mouth, force themselves down your throat, laugh at the digestive acids in your stomach, then tear through your guts. And I LOVE THEM.