Last night I went to the runes to try to make some sense of where I'm at. I pulled Inguz, which is actually one of my favorites not only because of the description but also because it looks cool. The book says this about it:

This Rune is akin to the moon, the intuitive part of our nature, with its urge toward harmonizing and adjusting in the sphere of personal relationships. Inguz embodies the need to share, the yearning to be desired, a search after similarities.

The completion of beginnings is what Inguz requires. It may mark a time of joyous deliverance, of new life, a new path. A Rune of great power, drawing it means that you now have the strength to achieve completion, resolution, from which comes a new beginning. Above all, completion is crucial here. It may be timely that you complete some project now; if so, make that your first priority. Perhaps a difficult state of mind can be resolved, clarified, turned around. The appearance of this Rune indicates that you must fertilize the ground for your own deliverance.

Inguz signals your emergence from a closed, chrysalis state. All things change and we cannot live permanently amid obstructions. As you resolve and clear away the old, you will experience a release from tension and uncertainty.

You may be required to free yourself from a rut, habit, or relationship; from some deep cultural pattern, some activity that was quite proper to the self you are leaving behind. The period at or just before birth is often a dangerous one. Movement involves danger, yet movement that is timely leads out of danger. Now it is time to enter the delivery room.

Another of the Cycle Runes, Inguz counsels preparation. Being centered and grounded, freeing yourself from all unwanted influences, and seeing the humor, you are indeed prepared to open yourself to the Will of Heaven, and can await your deliverance with calm certainty.

As always, the runes are spot on. How do they do that? Freaky shit. (That song by Pilot is running through my head... Oh oh oh it's magic... you know... never believe it's not so...)

I saw Jason Mraz play at Morongo Casino in Cabazon tonight. He always puts on an entertaining gig, but I got the idea this may have been a "practice" show for his upcoming weeks in Europe. He's recently been on vacation for three weeks, so I wouldn't be surprised if they needed something small to get back in the groove (small in his case = about 2000 people!). I'll never get tired of hearing the man sing, but I had a hard time staying present tonight. I dunno if it was because my seat was farther back than normal, or maybe I was just spoiled since I got to see him last weekend in the more intimate setting of Mueller College when his friend Bushwalla played with Dawn Mitschele.

They did have a couple surprises: they reworked Clockwatching from the Mr. A-Z CD (very interesting with a reggae beat), and he had the gospel group, Voices of Prayz, with him. Not sure if they'll be on the whole tour, but it was great hearing Live High with the proper choir behind it. I wasn't crazy about the other Jesus-y gospel tune they covered, but then I've never been a big fan of anything related to church. He covered the Steely Dan song Peg in the encore, which was way cool. I'd seen a YouTube version of it from another show, but hearing it live was much better. He still has the Grooveline Horns with him too. Those guys are so awesome - they add a new dimension to the show. In the dictionary next to "groovy" you'll find their picture. I dunno how they manage to fit so many people on stage, but it looks fantastic and I even heard people behind me as I was walking out saying, "That was worth every fucking penny!" That totally made me smile.

Between the show tonight and reading the description for Inguz, it made me think about Jason's tattoo that says "beginner." Shortly after getting the tat, he posted a pic of it on his blog and explained his thoughts about the zen saying The beginner's mind is a beautiful place to come from. That phrase has stuck with me, especially since moving to San Diego and having to find everything for the first time in a new city. I got curious about when his first post on blogspot was because I know it's been a long time. A quick search revealed it was almost a year ago today (9/11 actually) that he moved his blog to these waters. And oddly, his first post was the very one I was thinking about. I hadn't remembered that. :)

So a beginner I am as well - pure potential - and I will keep in mind that it's a beautiful place to come from, even if it's feeling kinda crappy right now.

...just when the caterpillar thought life was over, it turned into a Butterfly. 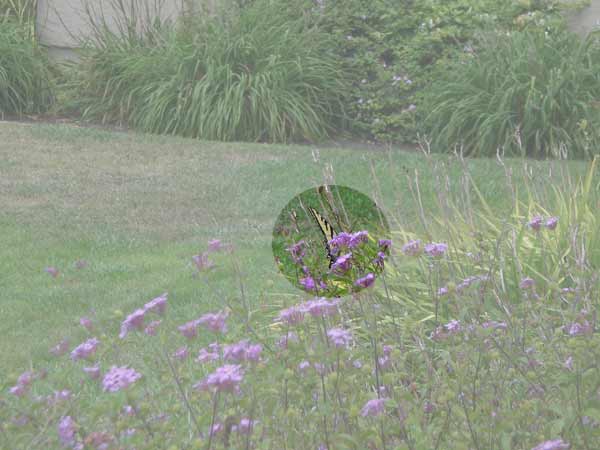 From my backyard
Posted by draagonfly at 2:00 AM

Email ThisBlogThis!Share to TwitterShare to FacebookShare to Pinterest
Labels: divine winks, Knowing My Self, metaphysics, runes

technically speaking this was his first blog. the day freshness was invented or something. I already forget the title lol. Anyway, and either way, it is all about beginnings & starting new. The rune is a great one. Have to get back into that again, it has been a long time since I've studied a lot of that and I really miss it. Matt created me an entire rune collection out of wood one year for my birthday, they are awesome!

So you are lucky to see Jason twice in a month, I sadly will not get to see him when he comes to Boston, tickets were just far too expensive for me to justify. I will live vicariously through you so feel free to concert call anytime you like :)

Sounds like you're feeling better now too huh? Man I owe you an email and now its your turn to yell at me for not sending out your giftie. I am looking at it beside my front door right now. Sorry!!!

Ok ok - you got me on a technicality with that post dated on his birthday. My bet is that he made it the same day as the other ones tho. It's not like he popped out and immediately asked to use the (then non-existent) computer back in '77! :P You're so Irish, sheesh! haha

I remember you telling me about Matt's rune gift - that is so awesome! They're much more in tune when hand-made too.

I am SO grateful to be able to see Jason twice in a month. And I'll be seeing him again on Halloween. The trade off is that your credit is probably stellar while mine is trashed beyond recognition, so feel good about that at least! I can't believe you're not manifesting a way to go tho. When we went to PA, all I heard was that he NEVER comes to the Orpheum and now here it is and you're giving up! WTF girl?! You still have time to work this out. "Visualize anything that you want... close your eyes and bring it up to the front..." C'mon, you of all people know this!

I feel AWFUL that I didn't concert call you last night! I totally should've done that. I will remember next time, I promise, but don't be mad at me if your phone rings at 1am!

I believe it is I who owe you an email. I've been very bad about writing people back lately, but I think about y'all all the time!